Stuff about music, either mine or stuff I am listening to.

I wrote this in the days immediately after 9/11. I recorded it onto a 4 track cassette recorder, basically live, then overdubbed some harmony vocals I was hearing in my head.

It’s a sketch. It’s way way long. It’s tentative. Pretty sure the whole thing is all sped up slightly, so if I sound a little chipmunk-like, that’s why.

Somehow, it’s always felt like recording it again would lose the immediacy. So I never have, and I fact I just about never play it. But if there’s a day to post it, it’s probably today.

The stories in the song are all true.

In the wake of posting up the video of my talk on “Practical Creativity,” I got this:

@raphkoster how do you usually practice the creativity habit?

What a great question.

First, I have to admit I slack off a lot. 🙂 But, here are some ways in which I practice, or have practiced it. You might notice some commonalities across media.

Hope you’ll bear with me, because I will get to games last.

END_OF_DOCUMENT_TOKEN_TO_BE_REPLACED 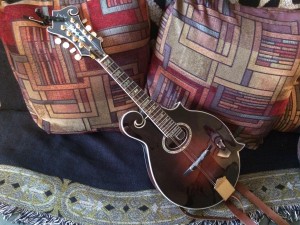 s ago. But I didn’t have music for it, and that meant I also couldn’t write it down fitting a melody.

I finally shaped it into a lyric right around the end of 2012, when the guitar part came to me in a noodling session. It was thanks to a chord progression that is somewhat unusual for me (I rarely go from the I to the V, I find), though set in my go-to key of D. I pulled out the bass line that made the progression work, and doubled it on the mandolin, and shaped the melody around it. Add a dash of strings, and recorded a vocal (if I recall, I had a cold at the time… but ended up liking the tentative quality it gave) and here it is. I figured, it’s been a year, I should let it out into the world.

Lyrics, chords, and similar details after the break. END_OF_DOCUMENT_TOKEN_TO_BE_REPLACED

I put this together today. I think it’s going to end up as the guitar part for a song with lyrics, but I liked it enough as a guitar part that I’m posting it up as just an instrumental. Nothing fancy here — I recorded it with a single mic, did a tiny bit of reverb and EQ, and left it at that.

It’s a capo monster — standard tuning, but capo’d at the second fret, and then again with a partial capo at the 6th fret, covering only strings 3, 4, and 5. I use a Kyser short-cut capo for this. You could use just a single partial capo at the 4th fret to play it a full step lower, of course, which would move it from the key of F# major down to E.

Other than that, it’s all in the picking pattern. The trick here is that you finger less than it seems — almost all the chords are only two finger stops. The rising part is actually played in between the two capos.

You probably don’t remember me, but I played Metaplace a while back. We talked a lot about your ship game and you shared a link with me of the music you made. I cannot find that conversation!! Nor can I find the music on your site (unless I forgot what it was called). It was epic and I want to listen to it again.

Also, I know that Metaplace is no more but is the High Seas game out there anywhere to play for fun? If not, you should host it on your web server. It would be epic to play it again 🙁

I am tickled that anyone remembers either the game or the music! Especially given that we are coming up on the third anniversary of the closing of Metaplace.com… hard to believe it has been that long.

The music is called “The Knyghte’s Daliaunce,” as it was not originally meant as a pirate tune at all. I posted it up on the blog (with a chord chart) ages ago. It is also on the general Music page along with links to my album (it’s not on the album though). I really should record a new version of it sometime. Anyway, here you go: