This is the last post on SWG for, well, a while. I am sure there are plenty of other things to say and more questions that could be answered, but… it feels like a natural stopping point. I must say, the response to these essays has astonished me. Here’s hoping you’ll all care as deeply about the next game I make…

I’ve gotten a lot of questions as to why I am writing this series of posts about Star Wars Galaxies now. Do I have something to sell?

No, I don’t have anything to sell. This past week was the fifteenth anniversary of that small SWG team first forming in Austin, refugees from Origin. We were a bit over a half dozen. It’s also ten years since the NGE, and in the last few years, we have seen a lot of changes for a lot of parties involved. I was asked some questions by a former player, and for once, it just felt like the time to answer them.

So, was it a failure?

Well yes, of course. And also, no. It depends how you ask the question. There are a lot of assumptions out there about how the game did, particularly in its original form. So, let’s start by tackling some of those:

Galaxies actually had the best one-month conversion of any game at SOE, by a double-digit percentage. More new players decided to stick it out past one month. Given the one-month period, you can’t attribute that just to the Star Wars license. (In addition, the newbie experience was redone many times, including four times just in the first two years; none of these changed the conversion at all).

SWG also had the shortest play session lengths of any RPG at SOE (action games, including Planetside, had shorter). This had very much been a design goal: mission terminals, offline crafting and harvesting, etc., were designed to provide exactly this result in order to make MMOs more accessible. Time sinks had historically been a huge barrier to adoption of MMOs by audiences beyond the core. It also had a lot of features designed to attract players beyond the core. These things seem to have worked as intended. These days, people think of SWG as grindy, but it actually had the fastest advancement of any MMO at the time it came out.

However, at the same time, it also had the highest total hours played per week. In other words, it was the least grindy per session, and the most sticky on a week or month basis. Note that lower session lengths naturally equals lower concurrency numbers. But the bottom line is that SWG had the highest percentage of its user base logging in every month out of any SOE game, again by double-digit percentages.

SWG did not sell a million units instantly, and then lose them all, as many claim. It took two years for it to hit a number that big (unlike WoW, which shot up incredibly fast). Early reviews and launch buzz were mixed at best. That said, it was picking up more new users a day than all other SOE games combined, even after the CU. It did have a churn problem, and exit surveys showed all the top answers for why people left were “lack of content.” This was largely attributable to things like the combat balance, the lack of quests, and so on.

WoW didn’t kill SWG. In fact, SWG lost less users to WoW than any other SOE game. (This makes sense — it was the least like WoW, after all). It did lose some of its conversion rate — probably something we can credit to WoW’s buttery smooth experience.

Lastly, SWG was a lot cheaper to make than what was about to be its competition. Like, 1/4 of the budget or less of a WoW. 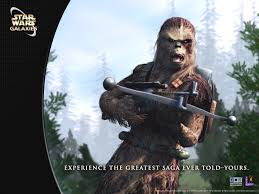 But there are expectations. In SWG’s case, they were damn high. We didn’t do anything to reduce them either.

Some of these expectations in hindsight can be seen as plain erroneous. For example, if you look at the power of licensed IP game genres outside of sports, it’s really not very clear that a license can or will imply a massive increase in game trials or purchases. Certainly the history of Star Wars games doesn’t suggest that just because a game is Star Wars, it will be a hit, or sell disproportionately solely on that basis. (you have to scroll pretty far down on the list of best-selling PC games before you find one that is an intellectual property from outside games).

Licensed IPs also imply revenue splits. This likely made all parties involved have to have a higher bar for success. The game made money; I don’t know whether it made enough.

There is, of course, the fact that the game delivered did not match many players’ expectations of what a Star Wars game is like.

Then there are oddities. For example, EverQuest, our benchmark at the time, didn’t have a vendor system. Players therefore ran second accounts as bots in order to have vendors. This meant that EQ’s sub numbers were pretty inflated. When EQ did add vendors, there was a mass cancellation event that was at first mysterious. I ran surveys on the user base to find out how many accounts a given player typically had, since a credit card database is too noisy (lots of CC numbers per individual) to determine uniques. I did the math, and comparing unique actual people, SWG may well have had about as any players as EQ did!

Really, though, the bulk of the problems over time resulted from Live operations.

The error of good intentions

I think everyone had good intentions towards me in promoting me to Chief Creative Officer. I certainly was into the idea of a big promotion!

I think everyone had good intentions in adding an auction house, or reducing the group size, or trying to fix the fact that there was an egregious math error in the grouping XP bonus.

I think everyone had good intentions in trying to reduce deployment costs by reusing hardware. Or in choosing to make a more sandbox game rather than a linear adventure experience. Or in reducing development costs using cutting edge procedural techniques that didn’t fit our hardware scope quite well enough. Or in attempting to cater to a broader audience than what MMOs traditionally had.

But many choices had ripple effects far beyond everyone’s good intentions. Really, all of these are decisions that sound good from one angle, but maybe don’t take into account every variable.

My moving off the team resulted in a massive loss of institutional knowledge, and most importantly, left the team without a clear vision of what the game was. You can’t make changes faithful to the experience if you don’t know. This is my fault for failing to convey the vision adequately to everyone; I can only plead enormous scale, and yes, inexperience in working at that scale. I’ve often gotten the critique that I over-collaborate, for example, instead of providing firm direction. That can easily turn into a splintered image of the game. I was also given the normally excellent advice, “Don’t hover over your old team, they need to learn to lead themselves.” Under most circumstances, it’s utterly true. The fact that it wasn’t in this case can be attributed to the fact that I didn’t really train a replacement. It wasn’t until there was more team turnover and the developers were active players of the game who really loved it and therefore understood it, that we saw some things change. 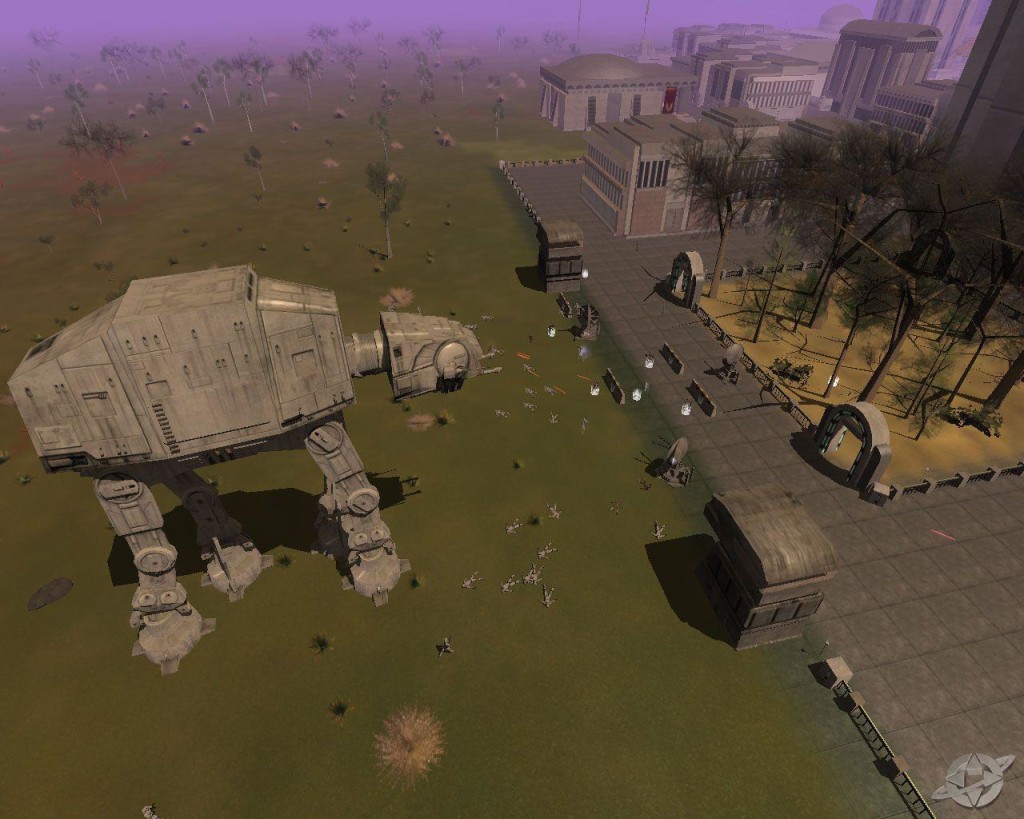 Among the pieces of institutional knowledge lost was how to run the right sorts of metrics queries. Choices like the change to the auction house (which caused one of the single largest single-week drops of subs in SWG’s history) were the result of asking the wrong question: “how many Master Merchants are there?” rather than “how many people run a shop?” There was an almost identical situation with Creature Handlers (how many Masters, versus how many had a pet). Reducing the group size helped combat balance but devastated Entertainers. And so on.

Something like the group XP change was almost certainly an attempt to fix the extreme overpower of players (I mean, sum this to buffs and the rest of the combat problems, and it’s a recipe for running out of content really fast, which was the top reason for exit…). But it went to test, was loudly objected to by players, then was propped live with very little notice, then reverted too late, after it had already caused an uproar. This single event doubled the churn rate of the game, and even after it was all put back, it stayed 50% higher than it had been ever after. In fact, it was worse, in percentage terms, than the NGE was.

CU and other changes each had similar issues. A change would be made on faulty data, would not help matters, and then would trigger more hasty action as people demanded that trend lines be reversed. You can’t fly a plane in the fog with bad instruments. Eventually, the team rediscovered the metrics system, and started to right the course, but it took a while.

The game wasn’t doing as badly as people seem to think. It didn’t fail in the market. It did just fine, even by the standards pre-WoW. But there were huge expectations that we didn’t push against, it launched with serious problems, and the team wasn’t really equipped to fix them. This resulted in a series of errors that damaged the game’s ongoing viability, which resulted in more hurried changes.

Plenty of the choices made, or the omissions, were my decision; in that sense, SWG didn’t fail. I failed it. Certainly its impacts on me personally were that it drove me to explore both plain old “fun,” something that I felt I had failed at — I got a book out of that; and it drove me to keep looking at ways in which players could own their own spaces, which eventually became Metaplace. Oh, and it made me try to be way more practical, and also made me reluctant to just manage, something which actually hurt Metaplace badly because I spent too much time on raw implementation and getting my hands dirty.

And yet here you are, reading about it, fifteen years after we started. Twelve years after we launched it. Ten years since it was “ruined.” Four since it was shuttered. It has clearly had an impact; I get emails about it on a regular basis. Some elements within it have unquestionably helped shape the MMO landscape. Others have perhaps constrained MMOs, as people took away the wrong lessons from why it underperformed.

And in that sense, if it was a failure or a success, it was a glorious, ramshackle, bumbling stumbling mess of one. An improbability from start to finish that never should have worked, but somehow did, and perhaps suffered because that was hard to believe.

Happy anniversary, SOE Austin. I think we actually did make something great. Maybe just not quite great enough? But great nonetheless.

Thanks, everyone, for reading this massive series, and for caring for all these years.