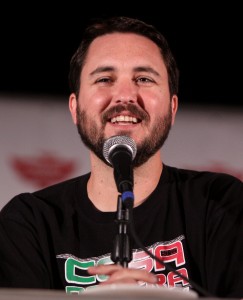 Thinking on Wil Wheaton’s well-intentioned essay, here are some things that we know.

Anonymity is usually problematic. But the real issue isn’t anonymity. It’s actually “lack of persistent identity.” Anonymity can serve as a cover for bad behavior, because humans are deeply situational when it comes to ethical choices. We fall prey to disinhibition readily, and the biggest reason is “we don’t think we will interact with these people again.” It’s repeated interactions that drive trust, you see, and we behave well because we expect to be treated well in the future.

Anonymity can be very important for the marginalized, for whistleblowers, etc. But within their communities of trust they build reputation, including pseudonymous reputation.  The real issue is feeling free of reputation, which equals feeling free of consequence. That is where bad behavior comes from.
Scale is bad. At large scale, positive reputation tools cease to work because they lack locality or spread. You can feel free to be rude to a stranger in a huge city because you really don’t have any expectation of future interaction. The bigger the forum, the worse behavior problems get, as people splinter into smaller social groups, and only care about their reputations within that group. People only really need the positive approval of their peer group, or their repeated interaction group. Arguably, an anonymous environment small enough for people to get to know each other might actually have better behavior than an environment with strong identity and huge scale.

Downvoting and other forms of negative feedback reputation systems, lead to bad social behavior. They encourage downvote campaigns or “brigading” as a form of battle against positive reputation; they encourage non-persistent identity because it’s easier to wipe an identity than it is to build one up. So a downvoted identity will a) feel free of consequences and b) likely move to anonymity through the creation of alternate identities, from which it is a small step to sock-puppetry. Further, downvotes can be interpreted perversely as an incentive ladder.

At large scale, the splintering of groups into smaller identities always leads to conflict between groups, because identity competition is part of the process of identity definition. One defines an identity in reaction to an Other. The fruitful path is to find meta-identities that both groups belong to; “I am red, you are blue, we are both colors together!” Should red be defined out from being a color, it becomes radicalized as a group, and members more likely to stop caring about their reputation not only with blues, but also with the larger color group within which it exists.

Given humans’ preference for confirmation bias over truth, and emotionally-based rather than logic-based decision-making, tribalism and identity creation around those are inevitable. However, if the various subgroups fail to mingle sufficiently to sense a larger mutual identity, we start to get polarization via the Othering process, followed by first verbal, then physical violence. When this occurs, good fences make good neighbors.

Where these fences do not exist, there is a real risk of words traveling out of social contexts and being radically misinterpreted by another group that literally “speaks another language” in terms of the semantic freight. What is considered proper or acceptable behavior can shift dramatically from venue to venue, including even to the point where subgroups may develop social practices that a larger, encompassing group may consider utterly abhorrent.

Mediators who move between contexts and are familiar with the language used on both sides, or who use carefully framed “diplomatic” language that is couched in incredibly mild terms is the typical solution here. Another solution, explored in a few online games, is to literally not permit communication across the conflict divide, because it’s better to have open conflict without taunting than to have taunts and insults in the mix.

This matters because all of these lessons, which are well-established across many fields, are routinely ignored by social media designers. I leave it as an exercise for the reader to think of popular social media which make these design mistakes:

The relevance to recent events is also left as an exercise.

Old stuff you may want to read: On Trust parts one, two, three, side note, three-point-five; and this post on reputation systems.

21 Responses to “Social media is broken”