Just some relatively incoherent notes here, originally written in an email… this post may serve as useful background as it expresses many of the same thoughts in a more coherent form. This was written in part in response to all the discussion around cloning going on in the game industry these days. As it happens, today I read this Gamasutra blog post:

Everything that can be invented has been invented.

“Game” here used in a strict formal sense, to save me from typing “ludic artifact” over and over again.

Most games can be described as rules (e.g., processes that are largely based on conditionals, limits, and actions) and sets of numeric values (number of an asset type, values for things, etc). You also have a variety of metaphors and presentation elements that are used to convey these: visuals, sounds, etc.

In general, if we see a game that has all the same rules and all the same scalars, but uses different presentation, we can consider that “a reskin.” It is exactly the same as a Lord of the Rings chess set or the like.

If a game has the same rules but different scalars, we can think of it as the same game simply presenting alternate problem spaces. For example, changing levels is changing scalars. Changing jump distance, etc. This is generally also a “clone” or “reskin.” 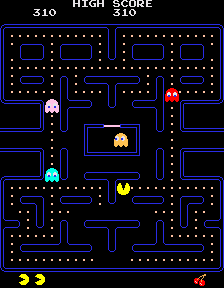 Note, a scalar going to zero, or a new scalar that therefore comes with a new rule (limit, mechanic, input and contingent rule) effectively creates what I would call a “variant.” Many games include variants within their rules, others are sometimes considered new games. Look at Poker.

Variant trees can get pretty complex, and pretty soon we end up referring to a “family” of games.

If it gets large enough, we call it “a genre.” A genre shares a common core set of mathematical problems but the rules around them can be so diverse that any given pairing of two members of the tree will find little commonality. Genres are really best seen through cluster analysis because they can bleed into one another.

So: new unique rule combinations create new games, which by definition create the original “variant” though there is nothing to vary from yet, which makes them the first member of a new family, and potentially the founder of a genre. But usually games are not invented ex nihilo.

You have do have some numeric rules that are almost like “global variables” – one of these is a scalar for “turn time.” Changing this one can very much create a “new game.” The same game construct with turns, phases, or real time will get called “a new game,” because turn time is a rule.

The easiest way to “invent a new game” as opposed to simply cloning something is to take a ludic artifact and change one significant rule. 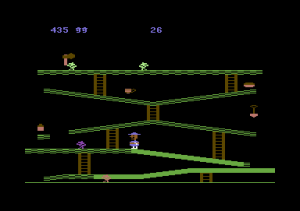 Not all rules are created equal. Some rules are very much peripheral – for example, an in-built exploration system (such as finding secrets) is effectively a braided-in minigame that happens in parallel to the “main game.” This is where atomic analysis is useful. Usually, you can see where minigames exist in parallel to a core game, and it’s usually obvious which is the core and which is the minigame, based on where resources flow.

Sometimes, rule changes like this (as in Poker) feed back into the core structure, and become a scalar instead, creating that sense of family. So adding a wild card is unquestionably a rule change, but these days “number of wild cards” or “face up cards” are actually scalars from 0 to n. Similarly, FPSes have developed variants like this (instagib, for example).

The commonest way to find a major variant is to add a dimension. Move from 1d to 2d to 3d to 4d, or back. This has been the evolution of shooters, of racers, etc. Adding time as a dimension is also a common tactic.

New graph types is a very common way to do it as well. Going from Bejeweled to Hexic introduces a new kind of mathematical relationship and topology, which results in new rules to handle it, which means a new game. 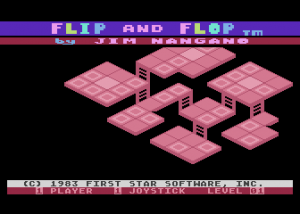 So, the recipe for inventing a truly new game:

That said, the folk process virtually demands that games be cloned, experimented on, reskinned, and otherwise evolved as machines. Look at the tafl family of games, for example, or Nine Men’s Morris. Arguably a game that does not get cloned can never become a family or genre.

On top of that, there are expressive qualities in the metaphor that afford enormous artistic scope. They don’t fall into the realm of “ludic artifact design” but rather into “experience design” (both subsets of “game design”), but they still advance the overall field. Half-Life is perhaps the quintessential example here.

Anyway, where that leaves us with clones… first off, they’re normal. Second, we as (ludic artifact) designers work in rulesets, and rulesets are conventionally not protected except by patents – so we could protect these constructs, we just usually don’t bother. Third, without a good way to talk about rulesets, we use rules of thumb to point at stuff and say “that’s a clone,” so it’s a great place where formal game analysis methods help our thinking.