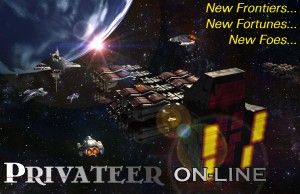 In the wake of the excitement over No Man’s Sky and its procedural worlds, I thought that it might be a good time to tell some of the story around the version of Privateer Online that I worked on, that never saw the light of day.

After I moved off the UO team, I worked on several MMO concepts for Origin. The mandate was explicitly “come up with something that we can make using the UO server and client pretty much intact, without big changes, because we need it quick.” This limited the possible projects enormously, of course.

So I started developing one-sheet concepts that fit the bill. None of them got farther than a few pages, and the idea was to give execs some choices on what we would go make.

Mythos was the one that execs liked out of that set. Oh, there were more. I vividly remember a phone call where an exec and I were talking with a Hollywood agent as he tried to persuade me that Leave It To Beaver was due for a comeback, or that Baywatch Online was a good idea.

Right after UO shipped, Damion Schubert and I had collaborated on a pitch for a 2d space MMO, because Origin was wondering what the followup would be. This pitch wasn’t ever delivered. We walked in to present it, and were told “we’re doing UO2.” The programmers on the team has pitched a post-apocalyptic idea, and when they heard that it wasn’t happening, they all quit. This is why I was the only UO vet on Second Age.

If I recall correctly, this sci-fi pitch was sort of MMO meets Star Control meets Starflight. The game idea didn’t get heard by anyone, he went off to do UO2, and I went off to do Second Age. 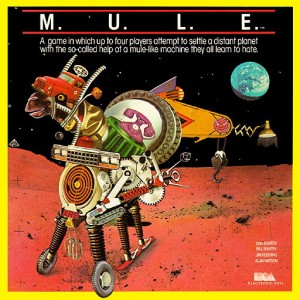 When I was asked what I really wanted to make, my answer was immediate: M.U.L.E. Online. The original M.U.L.E. is my favorite game of all time, and it seemed to me that it was perfect for going online. The IP was going fallow at the time, the original designer (Dani Bunten) had passed away, and I was at an EA studio. But there were legal entanglements with the family, and there was no way to make it happen.

So I started sketching out something else, codename Star Settlers. It still had the idea of colonizing planets, but instead of people on one planet, it was thousands of planets, procedurally generated. You started out on one, a small MMO world (think the size of one UO city). You sent off an exploration ship and it would find one for you and generate it. You would go to it, slay monsters, etc, and if you managed to pacify it, you could build on it.

Every planet had its own resource mix, so you would want to constantly go outwards and pioneer. If a planet was “used up” or nobody tended to go back, we’d just “lose the spacelane to it” and erase it, to make room for more. The hope was that someday even the starting worlds would get abandoned and replaced.

First exec comment was “hate the name. And we have a powerful science fiction IP in-house! This should be in the Wing Commander universe. Maybe Privateer.”

This of course blew up a huge portion of the design. There’s a lot of lore in the WC universe. Star Settlers worked in part because it literally handed galactic history over to the players.

Second exec comment was “this is a Wing Commander game! It’s got to have space combat. And be in 3d.”

That blew up most of the rest of the design. And the whole starting premise of “have somehting to ship within a year” that was the start of the entire project. (This latter sequence of events has happened to me more than once in my career. “We need something quick! Re-use tech!” “This is cool! Switch to better tech!” “Uh, didn’t we need something quick?”)

There had been multiple tries at getting a Privateer Online/Wing Commander Online going by that point. All of them came from people over in the WC group. Some of them had gotten pretty far — piles of artwork, design work, and even some tech. (I think fansites say there was only one prior try, but I think “my” PO was actually something like number seven as we counted them internally. Most didn’t get very far).

This ended up being a case where the Lord British Productions team actually ended up getting a different team’s IP greenlit for their own use. Needless to say, this ticked off some folks on the Wing Commander side. One of them came in to interview to switch teams and started out by saying “what makes you think you are qualified to make a Wing Commander game?” I replied with “I’m not.” We ended up as good friends. 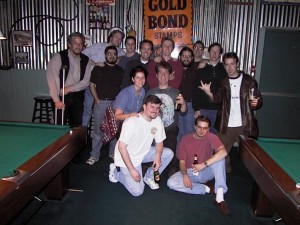 The resultant team never jelled entirely, and the design suffered from that a lot. We ended up producing a ridiculously ambitious design bible (a “DDR” in OSI lingo) that was lavishly illustrated, and a prototype. Lots of stuff was overcomplicated. In hindsight, that’s kind of classic Origin, actually.

Anyway, some of the features of that Privateer Online:

We demo’ed it at an Origin all-hands meeting. People liked it. The design doc was circulated around EA, and we were even invited to Westwood Studios (the makers of Command & Conquer) to talk MMOs with the team there. We went out there, shared some knowledge, and marveled at the creepy office. It was built in a former defense contractor’s building. There was one phone, at the front, and if you got a call, it was announced over the loudspeaker and you had to walk to the front to take the call in public. There was one Internet connected computer, in the lounge, and you were supposed to browse in public. It was all very… Big Brother.

And then Privateer Online was cancelled in favor of Earth & Beyond. From Westwood. 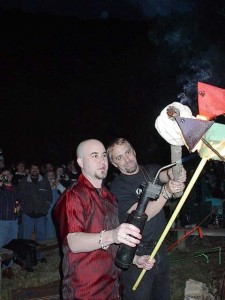 There’s a ton of stories to tell around all that — it happened nearly simultaneously with Richard leaving Origin — but this post is really about the game, because nobody ever officially knew it existed (though there’s an OK article over here about it). I hear that some folks have that big design bible — I don’t, I scrupulously left it behind when I left OSI. I am pretty sure that if I read it now I would be horrified.

That said, a core group from that team went on to do Star Wars Galaxies, and you can see some of the ideas reappearing. The fractal terrain and other design elements in SWG are worth a blog post of their own someday.

A few years later, when Origin was shut down, there was a big bonfire party. Copies of the Privateer Online DDR, along with those from many other Origin projects that never saw the light of day, were used to fuel the flames.

We all got t-shirts that said “We Created Worlds.” 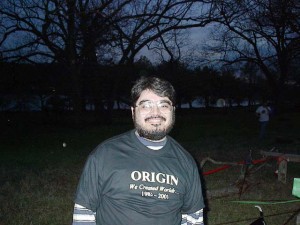