— Gamasutra interview of me by Leigh Alexander 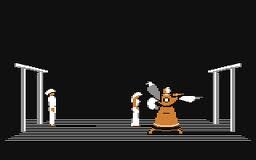 Games didn’t start out immersive. Nobody was getting sucked into the world of Mancala or the intricate world building of Go. Oh, people could be mesmerized, certainly, or in a state of flow whilst playing. But they were not immersed in the sense of being transported to another world. For that we had books.

Even most video games were not like worlds I was transported to. Oh, I wondered what else existed in the world of Joust and felt the paranoia in Berzerk, but I never felt like I was visiting.

Then something changed. For me it started with text adventures and with early Ultimas. I could explore what felt like a real place. I could interact with it. I could affect it. And with that came the first times where I felt like I was visiting another world. It came when I first played Jordan Mechner’s Karateka and for the first time ever, felt I was playing a game that felt like a movie. 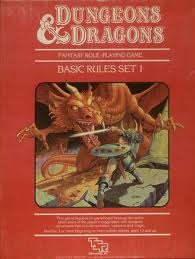 I remember how we took that D&D Red Box Basic set and built a consensus world with it that ended up outweighing the rules to such a degree that we would often do role playing sessions for hours on end without any dice or books, just weaving our shared story together. We were sharing a dream.

For me, those dreams reached fruition with mud and then MMORPGs. Now other people were there too! And as a game designer, I focused pretty strongly on immersion as a core game virtue.

I wasn’t alone. For others it came with the adrenaline of DOOM or the narrative of Half-Life, the world of Elder Scrolls or Wizardry or Fallout or whatever else.

Once upon a time, people actually dying on the field of play was an expected and normal part of sports. Whether it was a game of Aztec tlachtli or plain old rugby, it happened, and was considered an inevitable part of the sport.

Things that we once considered essential to games drift in and out of fashion. And I think immersion is one of those.

Immersion does not make a lot of sense in a mobile, interruptible world. It comes from spending hours at something. An the fact is that as games go mainstream, they are played in small bites far more often than they are played in long solo sessions. The market adapts — this reaches more people, so the budgets divert, the publishers’ attention diverts, the developers’ creative attention diverts.

As I watch my son and daughter play games or participate in role play sessions, I find myself reluctantly admitting to myself that it is a personality type that ends up immersed in this way, and were it not in games it would be in something else. Immersion isn’t a mass market activity in that sense, because most people are comfortable being who they are and where they are. It’s us crazy dreamers who are unmoored, and who always seek out secondary worlds.

Today even my immersive worlds have little XBLA pop-up alerts telling me that hey, someone just logged on and they want you to stop being Heothgar the Bold in Skyrim and instead come blow up some aliens on a party line while they made crude jokes in their actual voices and talk about how work went that day.

Even those immersive virtual worlds that I held so dear are full of acronyms and practices that strip away every shred of magic. PUGs and soul bound items and DPS counters and queues and level ranges and unlocking companions and cost for mounts and all that crap have very little to do with whether I dare cross the swaying rope bridge over the river, fearing that the rope may give way and leave me stranded on the side where the savage trolls are; very little to do with the moment of awe and fear that came from reaching out to grasp the crystalline diadem and pull it from the dusty cackling bones of the dead queen; very little to do with the twin moons over my head and the constellations made of the last gasps of stars whose light was quenched ten million years ago, when the universe was new.

It becomes an instrumental world, where the fantasy cannot live because it is always rudely awakening you to the fact that you are just at play, just playing a game, just pretending… And when we know we are pretending, well… The moment you realize it’s all a dream is the moment you wake up.

I mourn. I mourn the gradual loss of deep immersion and the trappings of geekery that I love. I see the ways in which the worlds I once dove into headlong have become incredibly expensive endeavors, movies-with-button-presses far more invested in telling me their story, rather than letting me tell my own.

But stuff changes. Immersion is not a core game virtue. It was a style, one that has had an amazing run, and may continue to pop up from time to time the way that we still hear swing music in the occasional pop hit. It’ll be available for us, the dreamers, as a niche product, perhaps higher priced, or in specialty shops. We’ll understand how those crotchety old war gamers felt, finally.

The great opportunity ahead is to actually seize the moment at hand; to make games be the core entertainment medium of the century. We have always talked big about their potential.

Well, now we have the audience. We are starting to get the breadth of cultural reference, the emotional subtlety, the understanding of our craft, and the true diversity of core mechanics that opens up the broad audience, all of which enables us to fulfill that promise.

“Another way to think of it is, we always said games would be the art form of the 21st century: Gamers will all grow up and take over the world, and we’re at that moment now,” he continues. “It’s all come true — but the dragons and the robots didn’t come with us, they stayed behind.”

I know many of you are frowning as you read this. The word of consolation is that said world with twin moons and stampeding herds of alien beasts, with derring-do and mystery, with the hours spent dreaming of its nooks and crannies — that world was always in your head, and not the screen.

Fewer games may be set there. And annoying alerts may pop up, and there may be a toll booth on the way to the dragon’s peak.

But dreamers dream, and no one can take that away from us. Even if the light of the stars is quenched, that particular universe is always new.

Inspired by an interview given to Leigh Alexander at Gamasutra some time ago.

Edit: so many questions arose from this, that i wrote a follow-up. Go read it. 🙂

61 Responses to “Is immersion a core game virtue?”